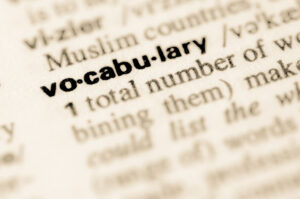 David Gallagher Bail Bonds is your local, reliable bail bond company, open 24 hours a day, seven days a week. The following terms are essential to know to make the process and situation easier to understand. If you have any questions, please contact us anytime. We will be happy to help you.

Our bail bond service is straightforward, and our bail bonds office entirely explains every step.

Accused – The person who is arrested and accused of a crime.

Absconding Debtor – A person who purposefully leaves a jurisdiction (the area where arrested) to avoid the legal process.

Action – The steps by which a party seeks to enforce any right in a court or all criminal prosecution steps.

Alias Warrant – This is a warrant where no plea has been entered. A prisoner, bail bond company or attorney can post a bond for this type of warrant. The bond assures that the accused will appear in court.

Arraign – Arraignment of the accused consists of calling upon him by name, reading the charges in the arrest documents, and demanding to hear a plea of innocence or guilt. This hearing may be combined with informing the accused of options regarding a defense attorney.

Arrest – To deprive a person of his liberty by legal authority.

Bail Bonds – Written obligations (with or without collateral security) given to a court to guarantee that the accused will appear before the court. Court accepts this guarantee in exchange for allowing a defendant (accused) to stay out of jail until the end of the case.

Bail Bondsman – Any person or representative of a person in business and paid to uphold surety (guarantee) on a bail bond.

Bail Forfeiture – When the court orders the surety (bail bond agent) to pay the amount of security (bail) pledged because an accused fails to comply with the requirements of a bond.

Bail Schedule – A bail schedule is a list of crimes and the bail amounts required to release people from jail. These bails vary from municipality to municipality. Judges can also change the amount of bail, depending on the facts of each case.

Capias Warrant – This is a warrant where a plea has been entered, and the prisoner did not follow through with the court agreement. The only way to resolve a Capias warrant is to pay the fine in full or be released “time served” by remaining in jail until enough jail credit has been earned.

Citation – Written notice to appear in court when accused of a minor crime such as a traffic violation, drinking liquor in a prohibited area, or letting a dog loose without a leash, among other charges. Failure to appear in court can result in a warrant for your arrest.

Citation Release – Instead of being booked into jail immediately after the arrest, a defendant may be given a written citation (also known as a “Cite Out”) by the arresting officer. A “Cite Out” is generally used for minor infractions.

Collateral Security – Any property or money pledged or given to guarantee bail.

Court Order – A command or mandatory order by a judge made during a case.

Criminal Defense Lawyer – A criminal defense lawyer is a legal professional who organizes a case and represents someone accused of a crime. Whether a citizen or not, everyone in America is entitled to legal counsel before questioning can begin.

Defendant – A person required to answer any accusation in a legal action or lawsuit.

DWI – Driving While Intoxicated, which refers to being under the influence of any substance, including alcohol or legal, illegal or over-the-counter drugs.

Incarceration – Imprisonment; confinement in a jail or penitentiary.

Initial Appearance – The process by which an arrested defendant is promptly brought before a judicial officer who then advises the defendant of the charges against him, his right to counsel, official court date, and sets conditions of pre-trial release. It also includes a “probable cause” ruling on cases involving arrest without warrant and a preliminary hearing in felony cases.

Licensed Bail Agent – A licensed bail agent is a person or company authorized by a governmental regulatory agency to arrange bail for people accused of crimes. Licensing ensures that your bail agent engages in legitimate practices and can be held accountable for any wrongdoing.

Lien – A claim upon real property in exchange for paying off debt.

Plaintiff – The person who files a complaint in a civil action.

Plea – An answer to a charge.

Posting Bail – Posting bail is the process by which the amount needed to release a person from custody is paid to the courts.

Public Defender – A public defender is a lawyer provided by the courts at no charge to represent someone accused of a crime.

Surety – A person or company who takes responsibility for the defendant’s obligation to appear in court. The surety agrees to pay money or do other acts if the defendant does not appear.

Verdict – The decision or finding of a court.

Warrant – A written order by a judicial officer commanding a peace officer to arrest the person named or to search for and seize property.

If you or a family member cannot afford bail, David Gallagher bail bond services can help! Call our team today, and we can help you navigate the court system to pay bail and get the accused freed until trial. Our bail bond agents are professional, respectful, and ready to help you post bail.