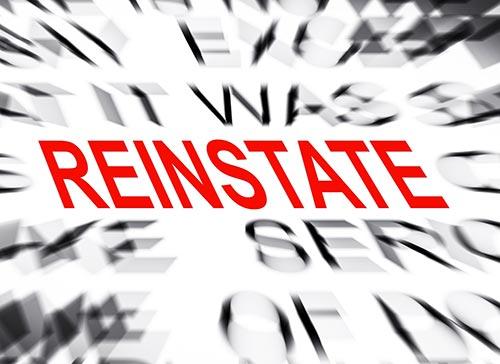 It is important to understand what a bail bond reinstatement is in Fort Worth, Texas. When a defendant bail bond is approved and they are out of jail, it does not mean their legal issues are over. They still need to visit court as much as needed until the case is over.

There are times when a defendant will fail to appear in court or violates the terms of their bail bond agreement. When this happens, the issued bail bond can be revoked by the judge and an arrest warrant can be issued. This is why it is usually important to notify the bail bond agency if they will not be able to appear in court, to avoid the situation from getting out of hand. But if there is a genuine reason for the violation, a bail bond reinstatement can be pressed.

What exactly do we mean by bail bond reinstatement?

In a simple term, bail bond reinstatement is the process of reinstating a bail that has previously been revoked. It is a legal process that generally requires action by an attorney. And there could be fees to be paid by the bail bondsman. These fees, in turn, are passed along to the defendant.

How does bail bond reinstatement work?

If, for any reason (whether genuine or counterfeit), the defendant could not make it to all court cases, the judge has the power to withdraw their bail bond and automatically issue a bench warrant for their immediate arrest. Furthermore, a bail bond can be withdrawn if the defendant commits another crime while out on bail. When this happens, the defendant will need to consult their bondsman who will file a document for their bail bond reinstatement. This form will explain to the court why the defendant fails to appear, and formally request for bond reinstatement. The process usually takes a couple of days; although some courts may take about 10 days to schedule the hearing.

What does it mean when a bail bond is reinstated?

The reinstatement of a bond implies that the case will continue from where it stopped before the offender missed court. In addition, the defendant will avoid penalties like fines, additional charges, and jail term.

Can bail bond reinstatement be denied?

Nothing is impossible. There are some factors that determine whether or not a bail bond can be reinstated. They include:
• Charges of the crime committed
• How long it has been since the bond was forfeited
• Does the court judge has a reason to refund the bond

How Soon Can I Get a Bond Reinstatement?

By using our bail bond service, you can get your bail bond reinstated as soon as possible. Our core value is our customer’s satisfaction, which is achieved by offering services with respect and dignity. We have your best interest in mind and will work to keep you out of jail while you await your court trials. For further enquiries, feel free to call us or fill out out contact form. One of our experienced staff members will be glad to attend to you.