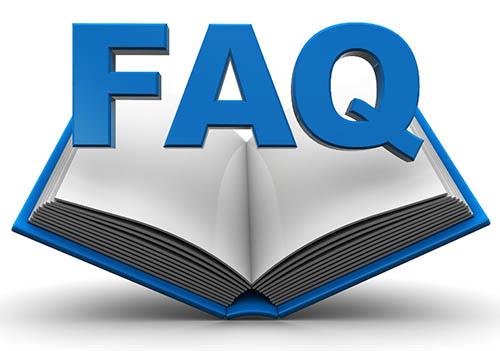 David Gallagher Bail Bonds Fort Worth completely understands that dealing with a bail bond is not something MOST people have experience with. If you are abruptly faced with the need for a bail bond service to bail out a family member or friend, we can help. We understand that you will generally need to secure a bail bond to get him/her out of jail quickly. We have provided some basic information to frequently asked questions because many people are unfamiliar with the bail bonds process.

We hope this information helps you better understand what a bail bond is and how the bail bond process works:

What is a bail bond?

A bail bond is an agreement between a bail bonds agent and a co-signer whereby the latter becomes liable for the full dollar amount of the bond if the bailed-out individual fails to appear for his/her court hearings. Skipping bail will forfeit the bail money to the court, and the bail bonds agent will have the right to recover it from the co-signer. Whether in Tarrant County or Fort Worth, our agents can assist you in not only getting fast bail bonds during this stressful time but assisting you in understanding the entire process.

What is a cash bond?

When paying the full bail amount upfront, this is a “cash bond.” If an individual is able to pay all of the money upfront to the court, a bail bond is not needed. However, most people are not able to do this. That is why the bail bond industry exists- to help people get the money they need for swift bail bonds in Fort Worth.

Whether paying a cash bond or using bail bonds from an agent, the amount is refunded in full once the case ends, regardless of the verdict. The bond itself is only there to ensure the accused will return for all court dates. One thing that is REALLY IMPORTANT, if the defendant misses any court dates, it is possible to lose all the money permanently to the court and own money back to the bail bond company.

How is the bail amount determined?

The bail amount to be assigned to your individual case is somewhat difficult to determine because there are several different ways that bail amounts can be set. In most cases, when a person is arrested on a warrant, the amount will already be assigned. However, the bail is set and conducted by a magistrate judge after the arrest during the bail hearing. The judge will have sole discretion in determining the bail amount based on county bail schedules. In some cases, the judge can refuse bail if a person is thought likely to leave the county or state before a trial or bail hearing.

How much does a bail bond cost?

The usual fee for a bail bond is as low as 10% of the full bail amount, depending on the charge and history of the defendant. Some bail bonds will offer payment plans for those who can’t come up with the full fee but usually will require collateral on the bond financing. Those with good credit scores may, however, qualify for a no-interest, nothing-down loan in Fort Worth TX.

How long does it take to post the bond?

Filling out paperwork usually takes around 30 minutes, but posting the bond must await the arrestee being booked. After the bond is posted, there is also a sometimes lengthy release process. If the jail is busy, the bail bonds process typically takes anywhere between 3 and 24 hours.

Jail release is fully dependent upon the jail in which the accused is being held. Busier locations, such as the Tarrant County Jail can take a longer amount of time simply because of the time required to process the paperwork.

What is bail bond Collateral?

Bail Bond Collateral may be in the form of money, real estate, vehicles, etc. that you deposit with the bail bond company. Collateral will be held until the bond is dismissed and the premium has been paid completely. Bail bonds are not a fine, but a held fee to ensure the accused does not skip trial dates or break the conditions of bail. Bail bondsmen work with individuals to get an individual released, regardless of criminal charges. Collateral just ensures the cost of the bail bond will be paid should the accused break the conditions of the bail.