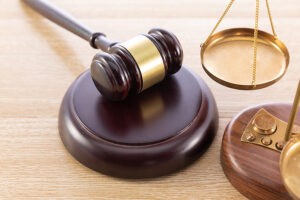 What is a Bail Bond?

After being arrested and charged with a crime, the accused will receive a bail hearing where a judge will set a bail amount depending on the crime committed. A bail bond is a way for a defendant to pay the jail to be released until their court date. If an inmate cannot afford bail, they must wait in jail until their court date or acquire a bail bond from a reputable company such as David Gallagher.

There are several ways one can secure a release. One is through cash. A loved one pays the total amount set by the judge. Another method is to offer up personal property. Property such as a house, vehicles, or credit cards with enough equity to be equal to the set amount can be used as collateral. Another method is your own recognizance created by the judge’s unreasonable doubt that you will appear in court. The last method is to hire a bail bondsman who can pay the premium while you pay at a rate you can afford.

If you were arrested and opted for a lawyer, your attorneys could assist with immediate jail release from Tarrant County Jail.

David Gallagher Bail Bonds only requires a percentage of the bail amount required by Fort Worth Tarrant County and Texas guidelines. David Gallagher secures the money to achieve an immediate release. At the David Gallagher office, their clients save money with the assistance received by the professionals. Services offered are:

In Fort Worth Texas, David Gallagher has helped thousands to get out of jail quickly and to secure their place out of jail after their arrest.

The Importance of Posting Bail

Trials can take months, sometimes even years, if the courts are backed up with criminal charges. However, a judge will set a bail amount before the trial. A way to avoid sitting in jail while awaiting trial when you don’t have thousands lying around to pay yourself is to contact a bail bondsman.

Quick jail release is important because it avoids additional charges that one may gain while facing difficulties inside the jail. It saves money when a loved one only pays a small percentage of the total amount. Hiring professionals to do it saves time, and most of all, freedom- the most important part of the immediate release! As a free individual, one can secure the proper attorneys, fill out the necessary paperwork, spend time with a loved one and prepare for the trial ahead.

It is our job to help you!

To search for a loved one to find out their charges and fines, go to the Tarrant County website or click here. According to the county web page- Bonds- bonds may be posted any time, 24 hours a day, at the Bond Desk, Tarrant County Corrections Center in Fort Worth, TX.

Call the Tarrant County Jail Inmate Information at (817) 884-3000. This number will also let you know if a bond has been set and the amount it has been set for. Without help from professionals, if a family wants to pay the bond themselves, it must be required in full.

At David Gallagher Bail Bonds, our office is open 24-hour, seven days a week. We offer services near Fort Worth and Dallas! Regardless of your charges, we have the expertise to achieve a Tarrant County bail and help our clients get freedom sooner. It is a stressful time for families. Let the professionals handle the criminal charges and county bail.