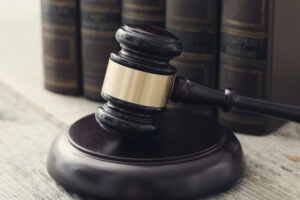 According to the Prison Policy Initiative, nearly 2.3 million people were imprisoned as of March 2020. According to the same source, over 555,000 people were detained pending trial in March 2020 because they couldn’t afford to post bail. For certain members of the general public, the prospect of going to prison is unimaginable. The majority of us do not have a savings account set aside if we have a problem and need bail money. To be honest, most families don’t even have a savings account. David Gallagher Bail Bonds in Tarrant County reunites you with your loved ones as soon as possible. Count on us to walk you through the posting bail phase and get you back on track with the least paperwork possible.

With a crime rate of 74 per 1,000 people, Tarrant County has one of the highest crime rates in the country than all other counties of all sizes. Moments occur, and a loved one ends up in prison, whether due to a poor decision or an accident. Bail allows for a convicted person’s “conditional release.” It is the amount set by a judge for a convicted person (the defendant) who, if paid, will be released from custody before his or her court date. The amount of bail is determined by the seriousness of the crime. To help you with your bail bonds in Tarrant County, David Gallagher Bail Bonds can help.

A reputed bondsman in Tarrant County

Bail is not a choice for certain crimes. In most cases, however, bail is set, and the defendant has the choice of remaining in prison until his or her assigned court date or paying bail and being released on conditional release to await trial. 2.2 million people are currently incarcerated in the United States, with almost half of them being convicted people who cannot afford bail. From the moment a person is detained until he or she is released on bail, the time frame varies. If you need a bondsman, Call David Gallagher Bail Bonds in Tarrant County at (817) 831-8881 to learn more about our bail bond services, and we will be happy to help.

David Gallagher Bail Bonds in Tarrant County is open 24 hours a day and should be called as soon as you or a family member gets to know of an arrest, and a judge has set a bail amount. We will sit down with the co-signer to go over the paperwork and sign it to complete the bail bond loan. Following the posting of bail, the suspect should be released within 3-8 hours. In serious crimes, the release timeline tends to be longer. Call us at (817) 831-8881 to know more about our bail bond services.