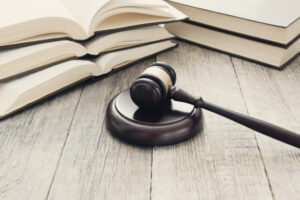 According to the police department of Fort Worth, a total of 827 crimes were reported in Fort Worth during the second whole week of April. According to data from April 11 to April 17, 2021, the five most common crimes were burglary (123), robbery (88), penal code violations (77), criminal mischief (63), and narcotic violations (52). It can be frightening and upsetting when someone you care about is arrested. You want to be able to get your loved one out of prison as soon as possible if the judge sets bail. However, in many cases, bail is so high that paying it on your own is impossible; in some cases, a company dealing with bail bonds in Fort Worth might be essential. David Gallagher Bail Bonds will assist you and your loved one in situations that need bail protection. Our team is nonjudgmental, competent, and aware that the Unusual Incident can happen at any time. For more details on securing a bail bond in Fort Worth, contact us today.

How bail bonds in Fort Worth work

Although Fort Worth has a 15% lower crime rate than other American cities, it has a crime rate that is 38% higher than the national average. When a person is arrested for a crime in the State of Texas, that person will be taken to a local law enforcement station for booking. It helps to have a clear understanding of how bail bonds in Fort Worth work to manage the process. In essence, the courts use bail to guarantee that the accused person will appear in court for their trial. Bail is usually set at a low amount if the offense is minor. At David Gallagher Bail Bonds in Fort Worth, we assist people in securing bail who have been charged with felonies, misdemeanors, DWIs, walkthroughs, or warrants.

Bail Bonds in Fort Worth with minimum stress and hassle.

Dallas has a violent crime rate of 762 per 100,000, compared to 386 per 100,000 nationwide. In the Dallas metro area, the chances of becoming victims of any kind of crime, especially property crime, are far higher than in most other parts of the country. Bail will be high if the crime is severe or if the court is concerned that the defendant will flee the city. Once bail is posted, the individual is free to leave before their next court date. Interested in contacting David Gallagher Bail Bonds in Fort Worth? Meet our staff to obtain bail bonds without any stress and hassle.

Specialist bail bonds in Fort Worth

You should deal with a company specializing in bail bonds in Fort Worth in case of a surety bond. In these situations, you pay a portion of the bail sum plus a flat fee to the bail bonds firm, and the bail bonds company pays the remainder of the cost. It’s important to note that you won’t get a refund in these situations. The funds are used to pay for the bail company’s services and overhead. We at David Gallagher Bail Bonds in Fort Worth are your 24hr bail bonds Company in Tarrant County. For any further assistance, contact us at 817-831-8881.